Kenya Safaris - Where do you want to go?

Trips, experiences, and places. All in one service.

Kenya Jeep Safaris:  Ringo Adventure Safaris is a registered local tour operator in Kenya with an aim of serving the yearning majority of individuals and group tourists with a passion to visit various parts of East Africa within a flexible schedule and affordable packages  as well.  Unlike the mass tourism whereby the agent is the sole designer of the itinerary to be followed. Kenya is a safari destination which offers incredible natural beauty, soul-stirring cultural encounters, sensational game viewing and, of course, the thrills and spills of the Wildebeest Migration. No wonder it’s the birthplace of safari travel!

Mombasa is a coastal city in southeast Kenya along the Indian Ocean. The city is known as the white and blue city in Kenya. It is the country’s oldest and second-largest city, with a population of about 1,208,333 people according to the 2019 census. Our Safaris departs from Mombasa town Centre, North Coast  and South coast

Nairobi is Kenya’s capital city. The name comes from the Maasai phrase Enkare Nairobi, which translates to “cool water”, a reference to the Nairobi River which flows through the city. In addition to its urban core, the city has Nairobi National Park, a large game reserve known for breeding endangered black rhinos and home to giraffes, zebras and lions. Next to it is a well-regarded elephant orphanage operated by the David Sheldrick Wildlife Trust. Nairobi is also often used as a jumping-off point for safari trips elsewhere in Kenya.

Kenya Safaris – Why Choose Us

Here are reasons you should plan trip with us

Our affordable safari packages are tailor-made to suit your budget and meet your every need and expectation, no matter your taste. We offer a selection of the best 4×4 jeep safaris as well as van safaris. 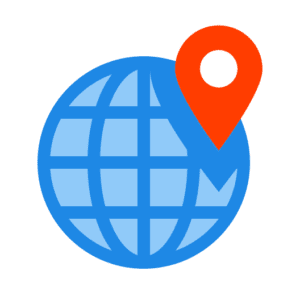 We offer the best of holiday packages to the international  standards as per IATA and UFTAA service standards. We sell as per our clients wishes, we only recommend to our clients what is the best as per their likes and budget. We have something for everyone’s budget. 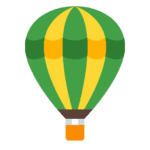 Ringo Safaris works hand in hand with the best hotels, resorts, lodges and Camps to give our client’s the best and piece of mind while in our hands. Our safari vehicles are well maintained to offer the best adventure Safaris. Safety, comfort, flexibility and delight is our priority.

Tanzania Safaris Tours: Tanzania is an East African country known for its vast wilderness areas. They include the plains of Serengeti National Park, a safari mecca populated by the “big five” game (elephant, lion, leopard, buffalo, rhino), and Kilimanjaro National Park, home to Africa’s highest mountain. Offshore lie the tropical islands of Zanzibar, with Arabic influences, and Mafia, with a marine park home to whale sharks and coral reefs