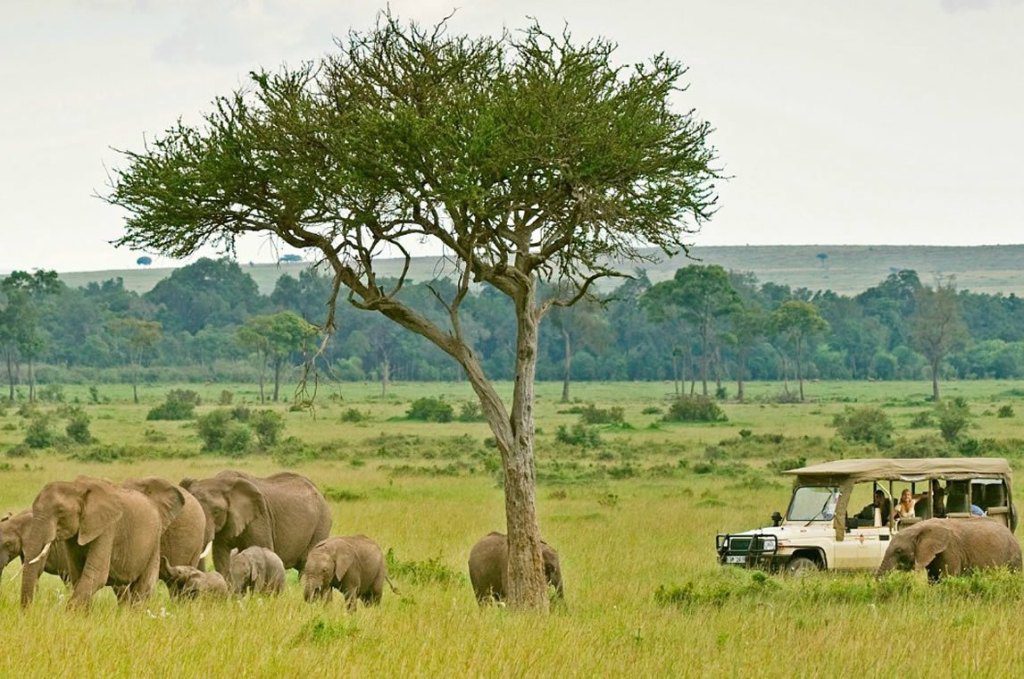 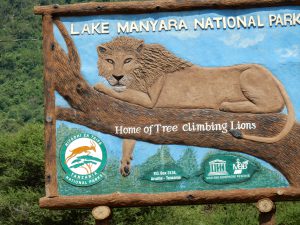 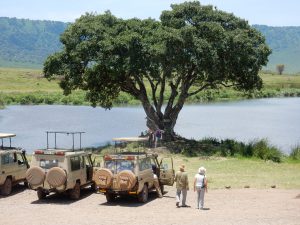 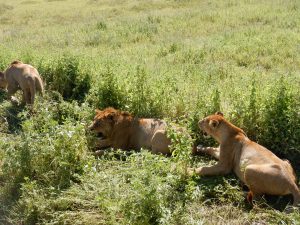 You will be be picked early in the morning after breakfast by our driver with a 4×4 landcruiser for a safaribriefing. After the safari briefing, you will drive southwest towards the Tarangire National Park. With its interesting landscapes, from swamps to baobab trees – it is considered as one of the most beautiful parks in northern Tanzania. Elephants can be seen in herds of up to 600, along with wildebeests, Masai giraffes, buffaloes and zebras. You will enjoy an extensive game drive until you leave the park in the late afternoon to  to the lodge or camp for diner and overnight

After breakfast you will travel from the Tarangire Area to the Lake Manyara National Park. The park is known for its over 400 bird species, primate-filled forests and grassy plains. A large area of the park is covered by the alkaline Lake Manyara, the seasonal breeding grounds for large colonies of flamingos and many more waterfowls. The park is also home to giraffes, hippos, wildebeests, impalas and groups of noisy monkeys and baboons. After an extensive game drive, you will travel to Karatu in the Ngorongoro highlands. After your arrival, there might be time for an optional walk in the coffee plantations to learn more about coffee production. Diner and overnight at the lodge or camp

Rise and shine! After breakfast you will drive to the crater rim from where you will take on the steep and adventurous trail into the crater. Here, within a few square kilometres, you can find all the animals that live in the East African savannah. You will see a diversity of wildlife ranging from the “Big Five” – lion, elephant, buffalo, rhino and leopard – to wildebeests, Grant’s and Thomson’s gazelles and mountain reedbucks in the forests on the slopes. The crater is also one of the best places to see the magnificent but almost extinct black rhino. You will spend the morning on a game drive followed by a picnic lunch. During the early afternoon, you will leave the crater and travel to the Serengeti. Diner and overnight at the lodge or camp

After sunrise you will leave the camp for an early morning game drive and return in the late morning to a hearty breakfast. Alternatively, adventurous guests can experience the Serengeti from the sky when joining a hot air balloon ride, followed by a champagne breakfast. This activity is optional and needs to be booked in advance. Those interested in seeing the visitor centre are also able to do so. Depending on time there will be another game drive in the afternoon before you return to the lodge or camp for diner and overnight

After an early start, you will continue through the Serengeti National Park on your way out. There will be more time to spot animals you may not have seen already, perhaps the rare African wild dog? The Serengeti is also home to the “Big Five” – lion, elephant, buffalo, rhino and leopard – and today you might be able to tick off all the members of this group. After leaving the park, the journey continues to Lake Victoria, the largest lake in Africa and the second largest in the world. The area around Lake Victoria is the most fertile and densely inhabited region of Tanzania. Here at the ocean-like lake, you will see another side of Tanzania – away from the masses you will experience how the local people live. You can watch fishermen and visit a local school – an experience unavailable on the usual tourist routes. Diner and overnight at the Speke Bay Lodge.

After breakfast you will join the local fishermen and a guide on a canoe trip on Lake Victoria. You will see how the locals catch fish the traditional way and admire the previous night’s catch. Back on dry land you will depart on the longest journey of your safari – the trip to the Masai Mara. The road towards the Kenyan border is a long and adventurous one, but it should be worth it as the “Mara” is reputed to have the highest lion population of all reserves in Africa. Other large cats also live here and can be spotted all year round, as their sightings are not dependent upon the seasons or the great migration. Diner and overnight at the camp or lodge

The next two days are dedicated to game viewing in the Masai Mara Game Reserve. You will also take a trip to the Mara River, the greatest hurdle for the wildebeests and zebras on their yearly trek. An incredible scene is set when the river has swollen to almost bursting levels. Thousands of animals must cross it, risking death as crocodiles wait below the surface of the swirling water. It can be a gruesome sight. At other times of the year, hippos, hungry crocodiles and other animals can also be seen at the river. Diner and overnight at the camp or lodge

After breakfast you will leave the Mara to reach Lake Nakuru National Park in the early afternoon. The shallow alkaline lake attracts seasonally flocks of flamingos. Not only can you see over 450 bird species and 50 mammals, but you might spot both the endangered white and black rhino. Other animals in the park include waterbucks, buffaloes, Rothschild’s giraffes, lions, cheetahs and leopards as well as troops of baboons and monkeys and lots of pythons hanging around in the trees. Diner and overnight at Flamingo Hill Camp.

After breakfast you will leave the Lake Nakuru National Park to travel southeast towards Nairobi, Kenya’s bustling and often chaotic capital. You will arrive in the early afternoon and depending on the rest of your travel plans, you will be taken to the city centre or directly to the airport.

Price does not include: