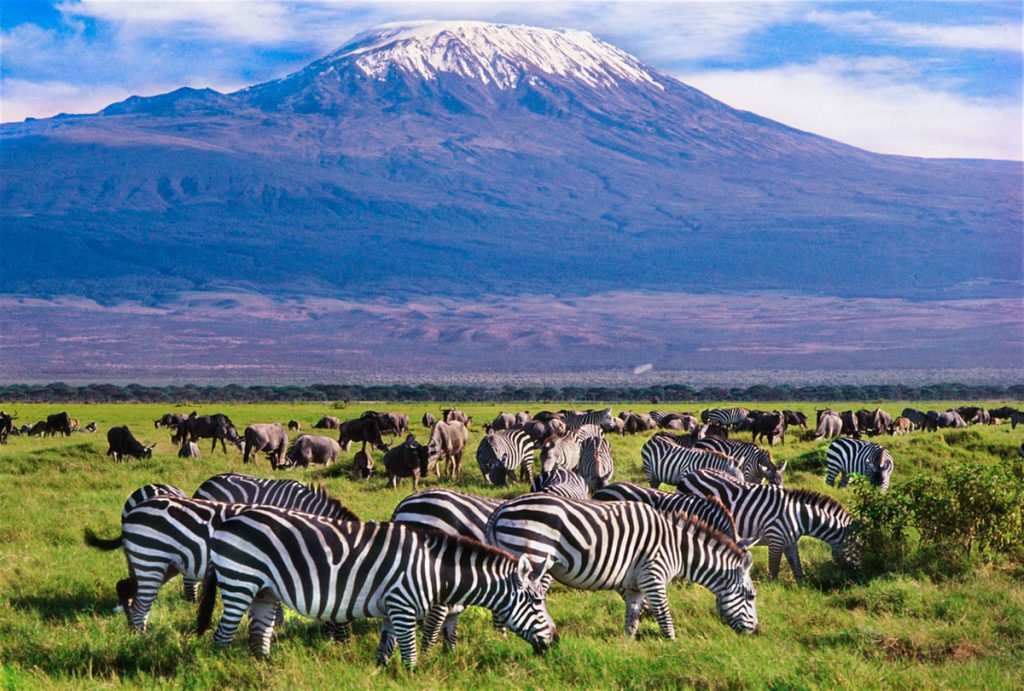 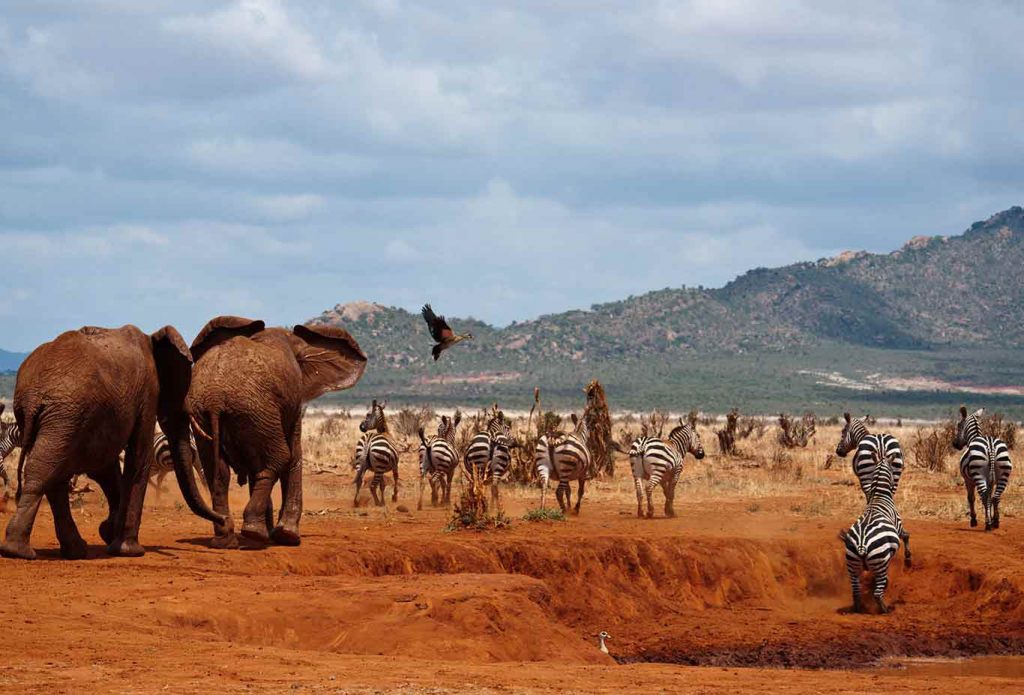 Day 1 MOMBASA – TSAVO WEST
You will be picked early in the morning at 6:30am from your hotel or at the airport and drive to Tsavo west. Arrive in time for game drive en-route to the lodge for lunch. After lunch proceed with game drive from 3:30pm until 6:30pm.
Tsavo West National Park is covering a large area consisting of diverse terrains; the park stretches 9,065 square kilometers at a distance of about 240 km from Nairobi and about 255km from Mombasa. It provides diverse habitats for its animals as altitude ranges from 500 ft to 6,000 ft above sea level. There are rivers, forests, lakes, wooded grasslands and mountains, each harboring a distinct set of animals. The park became famous through the notorious “Man Eaters of Tsavo” incident at the turn of the century, when man-eating lions were preying on the workers building the great Kenya-Uganda Railway. This incident was also depicted in the popular movie “Ghost and the Darkness. You can enjoy exploring the Chaimu volcanic crater. You can also explore the Shetani Lava Flow and a variety of caves in the park and also visit the Mzima springs, a water source from Mt. Kilimanjaro. There is a quite a variety of wildlife and birdlife in the park. Over 600 species of birds have been recorded. Moreover, game viewing is fairly easy. Animals include the leopard, cheetah, buffalo, rhino, elephant, giraffe, zebra, lion, crocodile, mongoose, hyrax, dik dik and porcupine. The Ngulia Rhino Sanctuary is another safe haven for rhinos. Finally, the park offers excellent views of Mount Kilimanjaro. Diner and overnight at Kilaguni Serena Lodge

Day 2.TSAVO WEST – AMBOSELI
Early morning game drive from 6:30am to 8:00am for breakfast. After break fast you will drive to Amboseli for game drive and lunch. After lunch have game viewing in this magnificent park.
Amboseli offers an interesting contrast in appearance. It has a somewhat dry and dusty appearance, which can be attributed to the volcanic ash that came out of Mt Kilimanjaro when it last erupted. Mt Kilimanjaro is located just about 25 miles away.  The park was opened to visitors in April 1948. Visitors mainly come to watch the huge herds of elephants. There are about 900 elephants in the park. Wildlife here includes the zebra, wildebeest, giraffe, impala, caracal and serval cat, lion, leopard, cheetah, buffalo, wild dog, and hippo. There are also over 400 species of birds, including the bee-eater, kingfisher, African fish eagle, marital eagle and pygmy falcon. You will also enjoy excellent views of Mt Kilimanjaro and Mount Meru. Dinner and Overnight at Amboseli Serena Lodge

Day 4. AMBOSELI – TSAVO EAST
You will have an early morning game drive at 6.15am until 8.30am for breakfast. After breakfast proceed with game drive enroute to Tsavo East for Lunch at the lodge. After lunch depart for an afternoon game drive at 3.00pm until 6:00pm.
Tsavo East National Park is located 333 km from Nairobi and approximately 160 Km from Mombasa, it is one of the largest national parks in Kenya, covers an area of about 11,747 square kilometers. The park contains some fantastic terrain, including rivers, lakes, tarns, glaciers, and peaks with a wide variety of vegetation, including grasslands, acacia vegetation, open plains and savanna. It is therefore recognized as one of the world’s leading bio-diversity strongholds. Some of the popular destinations within the park include the Mudanda Rock and the Yatta Plateau, which is the world’s largest lava flow. Luggard’s Falls on the Galana River include shapely water-worn rocks. You can view a variety of animals at the park, including elephant, lion, leopard, crocodile, waterbuck, kudu, gerenuk, zebra and Aruba Hunter’s hartebeest. You will also observe the large herds of red elephants- they glow red due to red dust of Tsavo. There are also about 500 species of birds, including the ostrich, and migratory birds like kestrels and buzzards. Dinner and overnight at Manyata Camp

Day 5: TSAVO EAST – MOMBASA
Early morning game drive at 6:15am until 8:30am time for Breakfast. After breakfast proceed with game drive until lunchtime. Lunch at the hotel in Voi town. After lunch it’s a bye bye back to Mombasa. Arrive in your hotel in the evening.
PRICE:

Price includes:
Transport, Accommodation on full board, all meals and park entrance fees and Game drives in a safari bus or 4×4 land cruiser and bottled drinking water in a cool box during game drives.

Excludes:
Drinks, cigarettes, tips and things of personal use.